Sports at a Glance

Puerto Rico holds a prime position in the Caribbean’s celebrated boating scene in no small part because of its wide array of well-equipped marinas and yacht clubs, aquatic oases that serve as secure bases for adventures both offshore and on land.

Whether angling for a world-class catch, sailing the trade winds or cruising the seas, these ports of call provide secure berths with access to essential supplies as well as more creature comforts. Importantly, they pull double duty as landing areas for incursions into Puerto Rico as well launch pads for excursions to explore the island’s sprawling coastline, offshore islets and beyond.

And while the marinas that dot Puerto Rico’s 700 miles of coastline vary by size and amenities all are set up to help get boaters out to sea in style and back on dry land safely.

There is an endless array of off-the-beaten path anchorages surrounding the main island, the offshore archipelago of Vieques and Culebra and dozens of uninhabited islet gems to explore. There are trophy catches on patrol in fertile sport fishing grounds. There are crystalline underwater wonder worlds replete with kaleidoscope of marine life. The world is your oyster and Puerto Rico is a pearl for the seafaring set.

So chart a course for adventure, assured in the comfort that there are multiple marinas around Puerto Rico where you can fuel up for the fun at sea and ease back into life on land without a hitch.

A look at Puerto Rico’s marinas and yacht clubs shows the scope of these vital facilities for the broad-ranging boating community and visitors looking to spice things up with a healthy dose of seawater thrills.

Sitting at the intersection of the capital’s various tourism hubs, the San Juan Bay Marina serves as an excellent gateway into a wide spectrum of onshore attractions nearby including Spanish colonial forts, the Caribbean’s best gastronomic scene, pulsing nightlife, glittering casinos, beautiful beaches and easy airport access. A range of onsite rentals and charters are on tap for on the water activities such as sunset sails, inshore and offshore fishing charters, jet skis, standup paddleboarding and a diving center. Dry stack, haul and repairs are just some of the services available at the full-service facility.

Anchoring the area is the Club Nautico de San Juan, or San Juan Yacht Club. With a refined ambiance in line with traditional European yacht clubs, this capital city landmarks boasts a well-respected restaurant and ballrooms and members areas including bar, library, game room and terraces looking out over the gleaming boats and glittering skyline. The club continues to play a vital role in Puerto Rico’s sailing scene through classes for kids and is the staging ground and sponsor of an annual billfishing contest that lures crews from around the Americas. 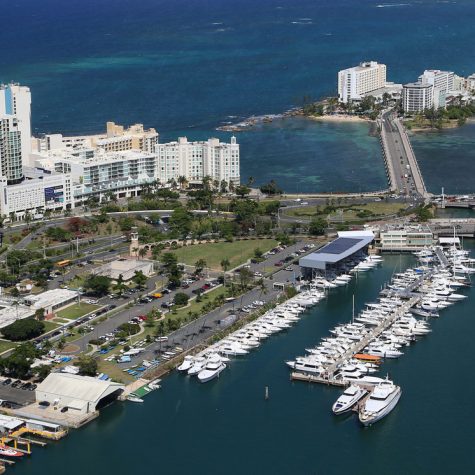 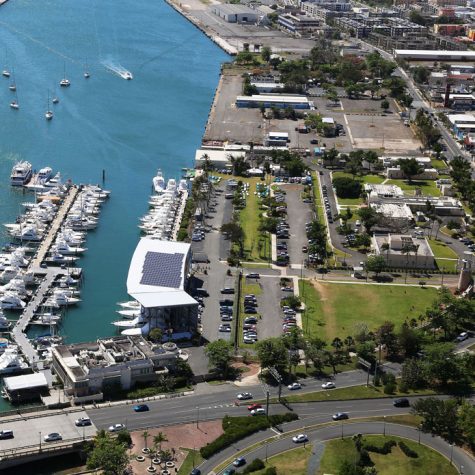 Just a few minutes from Luis Munoz Marin International Airport is Cangrejos Yacht Club, which straddles an inlet between Carolina and Piñones, the beating heart of Puerto Rico’s Afro-Caribbean culture and a favored destination for families seeking affordable eats with million-dollar views along the Atlantic Ocean. The open sea is within a stone’s throw of the Yacht Club but don’t miss out on the inshore charters that will have you stalking trophy tarpon just minutes off the dock in the world-class fishing grounds of the Torrecilla and San Jose lagoons, fish-filled mangrove mazes that wind through rarely seen sectors at the edge of the bustling metroplex.

Head further east and reach Fajardo, the town that can stake its claim as the hub of Puerto Rico’s boating scene boasting multiple marinas including Puerto del Rey, Sunbay, Villa Marina, Puerto Real and Puerto Chico. Fajardo and its plethora of ports make it a natural staging ground for jaunts to Vieques, Culebra, the Cordillera Reef Natural Reserves and the postcard-perfect islets of Icacos and Palomino, among other destinations including the U.S. Virgin Islands, the British Virgin Islands and beyond. It is not uncommon for longer voyages to the U.S. mainland, Bermuda and Latin America to be launched out of Fajardo. 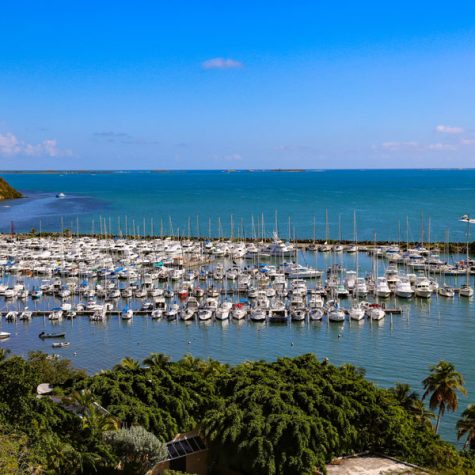 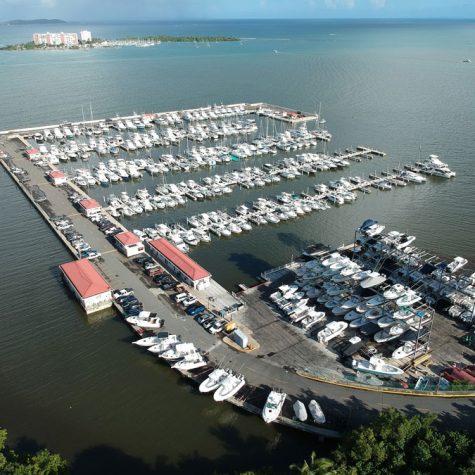 Located along the northern entrance to Sardinera Cove, Puerto Chico Marina is adjacent to Sardinera Beach and sits within 10 minutes by boat from picturesque uninhabited island hotspots including Icacos, Palominos, Palominitos and Lobo. A new restaurant and bar round out a solid menu of amenities at this relaxed facility, which is also a short distance south El Conquistador Resort and Las Croabas, a longtime fishing village that is now home to popular eateries and watering holes and a passive park. El Conquistador also has a small marina where boaters can tie off to enjoy the dining facilities.

Carved out of the end of an artificial cove, Villa Marina Yacht Harbour provides excellent shelter and is within easy striking distance on numerous keys and islets. It is the home port for an array of activities including deep-sea fishing tournaments, boat exhibitions and regattas.

Situated to the south on Fajardo Bay, SunBay Marina prides itself on a commitment to preserving the area’s aquatic heritage and protecting the environment. Offering a solid slate of services and amenities, the facility is in the heart of one of Fajardo’s most developed stretches of waterfront.

Continuing south along Puerto Rico’s eastern edge brings you to the Yacht Club Marina at Palmas Del Mar, a sprawling and luxurious resort complex that put the sleepy town of Humacao on the map. The modern marina bills itself as the only such facility linked to full a resort community, offering access to pools, party facilities, a pair of championship golf courses, tennis courts, a beach club and an equestrian center. Eat and drink right at the yacht club or sample any of the nearly two dozen restaurants within Palmas del Mar.

Puerto Rico’s southern coast is also peppered with a strong string of ports of call along the generally calm and clear waters of the Caribbean Sea.

Among them is the Guayama Nautical Club, a small marina situated along the Jobos Bay nature preserve known for its annual wahoo fishing tournament.

Rounding further west along the southern coast is the Salinas Marina, a long popular landing spot for sailboat crews as they island-hop around the Caribbean region. The well-appointed facility is protected by a series of barrier keys and ringed by mangroves, providing a natural refuge even in the active Atlantic hurricane season. The town of Salinas is famed for its waterfront seafood restaurants and fiercely proud of its mojo isleño, a scrumptious and highly addictive sauce made with tomatoes, onions, oil, vinegar, herbs and often olives. 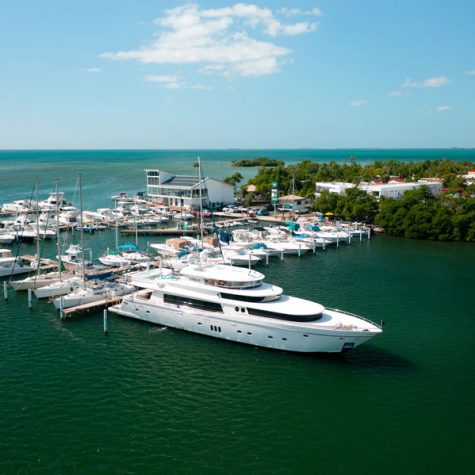 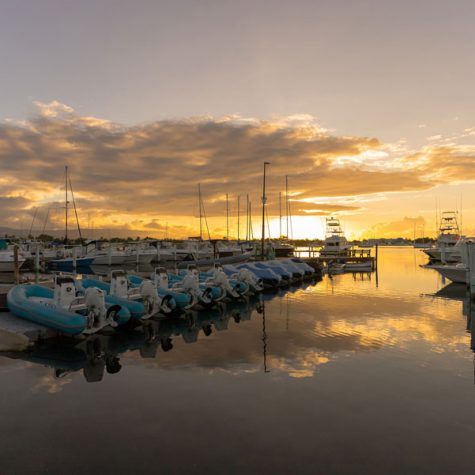 Ponce, the regional anchor known as the Pearl of the South, is home to a world-class art museum and a proudly preserved colonial core replete with restaurants, an iconic red and black striped firehouse and other attractions. The coastal city along the central Caribbean coast also claims the Ponce Yacht and Fishing Club, a family-oriented facility in the La Guancha boardwalk area that is stocked with options even for land-lubbers including a golf course, pool, gym and tennis and basketball courts.

La Parguera Nautical Club, in the southwest coast town of Lajas, is a good launching point for daytrips to pristine keys including Caracoles and Enrique, as well nighttime excursions into one of Puerto Rico’s three bioluminescent bays. Bioluminescence, caused by microscopic organisms in water that light up when disturbed, is not unique to Puerto Rico but the island has three lagoons — Mosquito Bay in Vieques, La Parguera in Lajas and Laguna Grande in Las Cabezas de San Juan Nature Reserve in Fajardo — with concentrations of the dynoflagellates that are not seen elsewhere. La Parguera is also a known saltwater sportfishing hotbed.

Cabo Rojo, a southwest coast municipality with an expanse of elbow room, is also known as a key launching point into the offshore fishing paradise stretching from the Caribbean Sea north in the Mona Passage. Blue marlin and other billfish roam these waters in good numbers.

Set out to find them from a number of ports including Marina Pescaderia, which is located on Puerto Real Bay to the south of the city of Mayaguez, the western region’s largest urban center. Due west is Mona Island, an uninhabited nature reserve that offers hunting, camping and hiking opportunities, as well as incredible scuba diving just off of its soaring cliff-lined and cave-pocked coastline. Beyond that is the Dominican Republic. Amenities abound onsite at the facility, which was was awarded a prestigious Blue Flag for its environmental ethics and standards.

There is no shortage of breathtaking beaches and awesome eateries in the surrounding Cabo Rojo waterfront areas of Joyuda, Boqueron and Combate, and for that matter, along the expanse of Puerto Rico’s west coast marine wonderland. 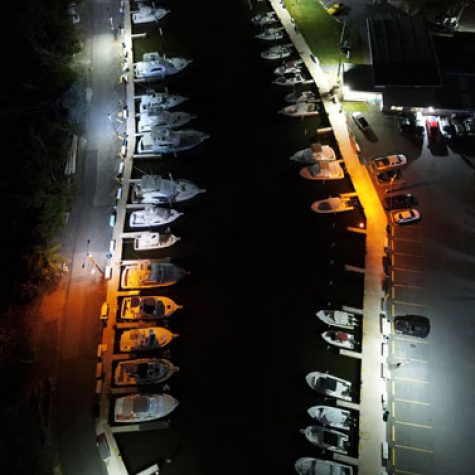 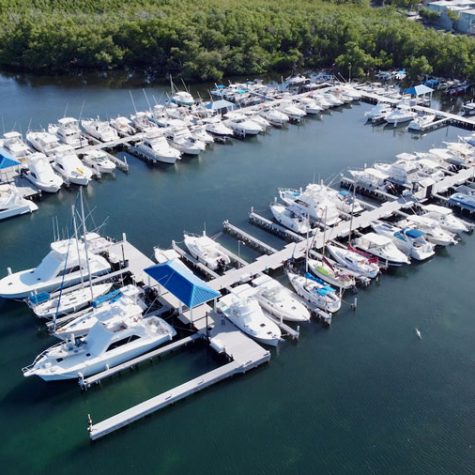 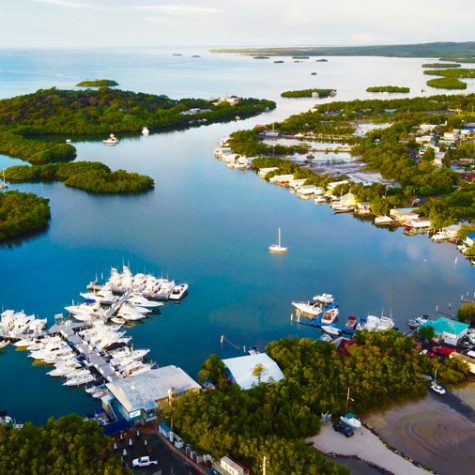 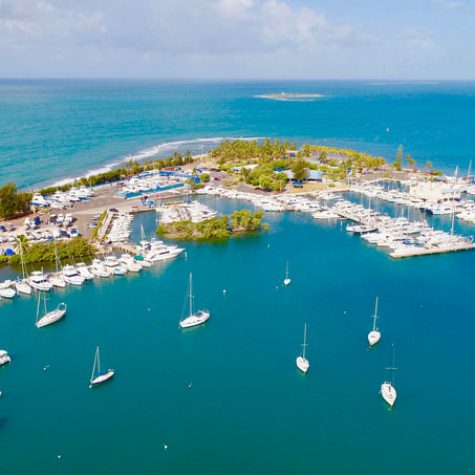 Back on the upper edge of the island sits Arecibo, a city sitting at about the midway point of the Atlantic coast that is studded with stellar surf spots, oceanfront restaurants. The Arecibo Nautical Club, which includes a marina area and a double boat ramp, is perfectly positioned for quick runs to “Marlin Alley,” where prize billfish patrol depths of more than 1,000 feet just minutes off Puerto Rico’s north coast.

However, not all the action is seaside, with inland attractions including the venerable Arecibo Observatory, long the world’s largest radio telescope and a still vital research tool, as well as river trekking adventures in remote karst forest, the Toro Verde zipline park and the Camuy Caverns system.

The abundance of marinas in Puerto Rico will allow you to spend your days on high seas or at a yacht club, whatever your heart desires.